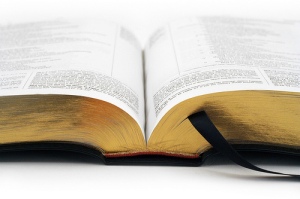 A choice commonly placed before believers at some time in their Christian experience is the suggestion, or even demand that they center their lives on the Bible, or alternately, on the Holy Spirit. Either they live their lives according to the written Word, or they live guided by the Spirit. This great divide has never been more obvious than today. Some Christian traditions emphasize strict adherence to the Bible, while others believe such an approach is too mechanical, and would rather be led experientially by the Spirit. Which approach is correct? A look back into history may help.

While most evangelicals associate Martin Luther with the Lutheran church and erroneous views of baptism and the Lord’s Supper (and rightly so), Luther was one of the first Reformers to challenge the authority of the Roman Catholic Church by declaring the primary authority of Scripture over the papacy. Luther was Word-centered and demanded that everything be judged by the Word of God (the fact that he failed to do so completely is clear, but anachronistic).

In contrast, the radical reformer Thomas Müntzer emphasized a Spirit-centered Christian life. He stressed an inner-oriented hearing by man that would lead him from bondage to freedom. For Müntzer, “the God who speaks is the God who is experienced directly in the heart” (Carter Lindberg, The European Reformations, Blackwell, 1996, 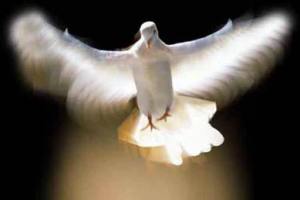 For many Christians today, this sounds appealing. Who doesn’t want to experience God directly in the heart? Who doesn’t want a dynamic walk of faith where God speaks directly to you? But this approach also has a dark side. It appeals to our narcissism and rebellion by doing away with an objective authority for truth and making our own individual experience with God supreme. The example of Müntzer is instructive because of the direction that his Spirit-centered theology took. Unmoored from Scripture, he began to teach that the knowledge of God was not teachable, but could only be conferred in connection with a spirit-worked faith saturated with experience. Thus, he called for a reversal from the traditional movement from the external to internal. He concluded that the living Word of God must be heard from God’s own mouth and not from books, not even the Bible.

This is always where Spirit-centered theology leads. Luther was right to demand a Word-centered faith. While a Word-centered faith can at times become cold and clinical, with little evidence of the Spirit or His fruits, without the foundation of the authority of Scripture over experience a person’s Christian life will be built upon sinking sand. There are plenty of examples of supposed Word-centered churches, ministries and people with little evidence of the Spirit of God. But life that is properly centered on the Word will exhibit both the stability of revelation and the vitality of the Spirit.

How can you tell which you are? Ask yourself a few questions:

Þ   Do you savor every chance to read, meditate on, memorize and apply the written Word of God? Or does your Christian life consist primarily of “talking to God,” with little attention to the Word?

Þ   Is it difficult to go a day or two without the Word? Or do you find it hard to get yourself to open and read the Bible?

Þ   Do your prayers flow out of what you read in the Scriptures today? Or do they revolve primarily around yourself, your problems, and your concerns?

Þ   Are you right now pursuing some intentional study of something in the Bible? Or is your Christian walk a passive “go with the flow”?

It has been my experience that Spirit-centered Christians tend to judge their own spiritual maturity far more positively than perhaps they should, and the reason is simple: they are judging everything by feeling. While they claim that they are being led by the Spirit, and not feelings, their faith is as subjective as any theological liberal. They have forgotten a fundamental biblical and theological truth:

The Spirit works primarily through the Word!

And we all, with unveiled face, beholding the glory of the Lord [in the written Word], are being transformed into the same image from one degree of glory to another. For this comes from the Lord who is the Spirit.

Transformation by the Spirit only comes through beholding Christ in the Word. The Scriptures must be primary in a believer’s life. It is only through being Word-centered that we can be assured of the truth AND live a Spirit-filled life.

One thought on “Are You a Word-Centered or a Spirit-Centered Christian?”