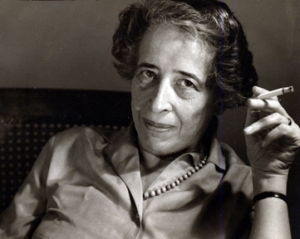 It’s not that the Planned Parenthood videos, in which the body parts of infants are harvested and sold, show monstrously evil people. It’s the lack of conscience in ordinary people that makes them so horrific. Hannah Arendt, the German-Jewish philosopher who wrote about Adolf Eichmann’s trial after the fall of the Third Reich, sheds light on the severity of evil and the ease with which it is accepted if we simply change the words we use to describe our actions. Mike Cosper summarizes Arendt’s insight in his article, The Banality of Abortion. Read it!

2 thoughts on “Planned Parenthood and the Banality of Evil”