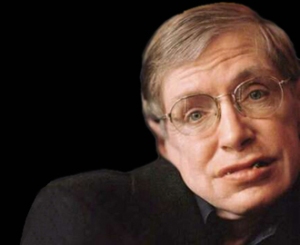 Stephen Hawking’s new book The Grand Design was released last week, and it has already caused quite a stir. Hawking, a British theoretical physicist and cosmologist, is most well known as the genius in a wheelchair, having lived with neuro-muscular dystrophy for many years.

The Grand Design is oddly named since Hawking denies the need for a designer, at least an intelligent one. He trots out the same worn-out idea of a non-existent universe creating itself and designing change along the way:

Because there is a law such as gravity, the Universe can and will create itself from nothing. Spontaneous creation is the reason there is something rather than nothing, why the Universe exists, why we exist. It is not necessary to invoke God to light the blue touch paper and set the Universe going.

Somewhere along the line, most evolutionary scientists missed the logic class in their college years, and therefore proceed to make nonsensical statements such as this. The “nothing” which he says sparked the universe is, logically and scientifically speaking, no-thing. And every good scientist knows that nothing can come from nothing. Everything only comes from a pre-existing something.

A number of theologians and Christian philosophers have already begun to respond to Hawkins. Here are a few links to good articles that demonstrate the foolishness, irrationality and illogic of a universe that created itself: